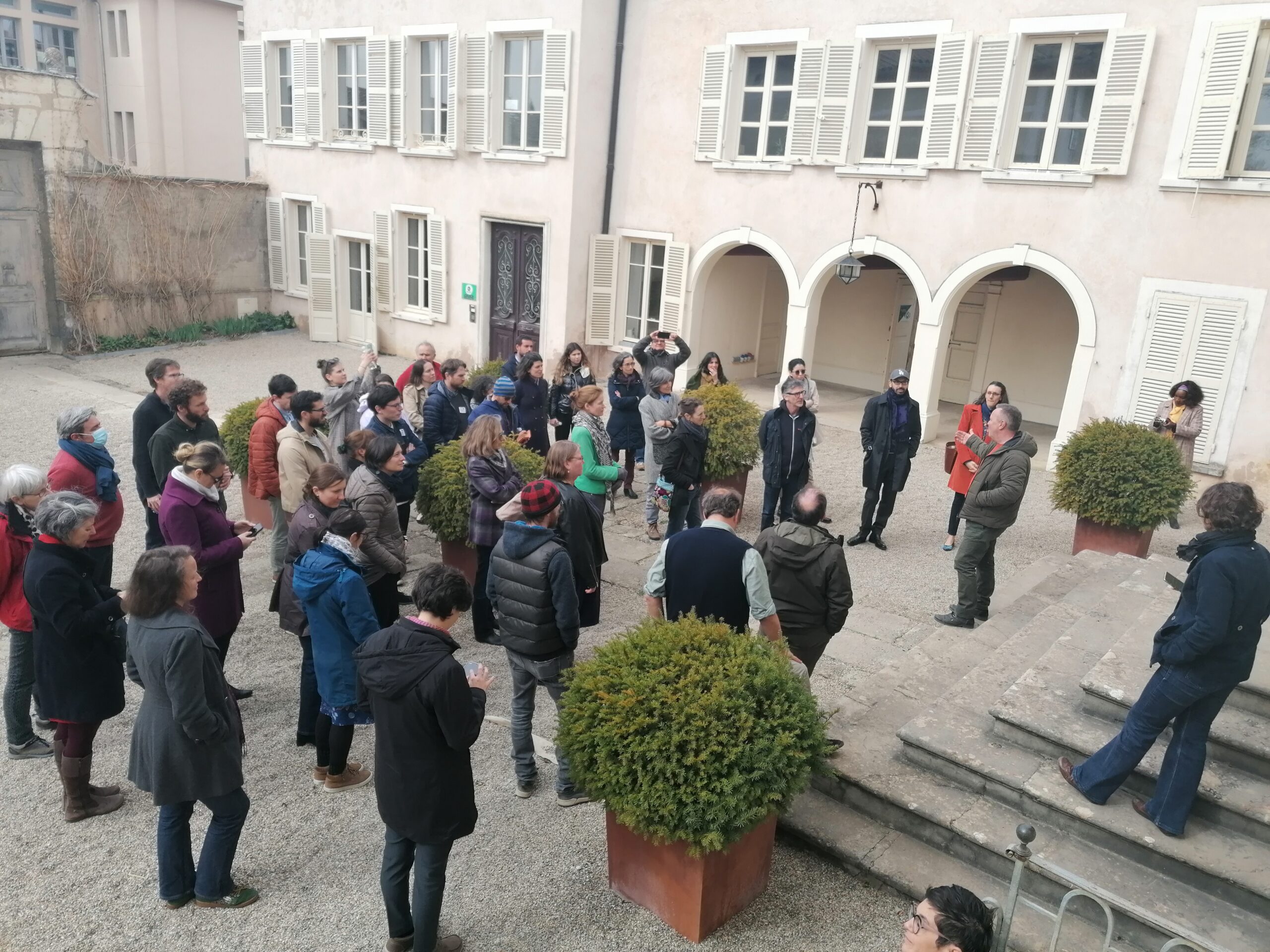 DIVINFOOD’s Kick off Meeting (KoM) took place in March 2022, in the incredible city of Lyon.

The Executive Committee of the project (its Work-Package Leaders and Co-leaders) had to have an early start, on the evening of the 15th while the remaining project partners would join the morning after.

Both the 16th and the 17th of March were filled with presentations discussions and activities.

All Work-Package Leaders had an opportunity to present as well as the Living-Lab Coordinators. And all partners were able to join, comment and even debate on the workplan and the main tasks, milestones and deliverables for the project. A special presence was a member of DIVINFOOD Stakeholder Advisory Board – Teresa Borelli from Alliance Bioversity-CIAT, who engaged and support with ideas and absolutely crucial advice.

Despite meetings starting quite early in the morning (at 7:45 a.m. at the bus stop we were on the ball), there was also a bit of time for short site visits and have amazing food. Such a case was the fantastic meal in the evening of the 16th by Chef Tetedoi, and the surprising site visit to Institut Paul Bocuse on the afternoon of the 17th. This KoM, really provided a great start for the DIVINFOOD project, as partners choke their hands and waved goodbye, but with the re-assured commitment in the work ahead.